Console Comparison Revisited--Playstation 4 is the Winner

After finishing Persona 5 (review in progress), I can now safely say that if you can only have one console this generation, the Playstation 4 is the clear choice.

The caveat is that, again, I recommend buying the XIM4 and the Xbox One Controller or its Pro Elite counterpart, as the DS4 is not ergonomic.  It's such a joy to use the Xbox Pro controller on the PS4 system.  Or, if all of your friends are on the XBox, then the XBox One should be your choice.

At any rate, I bought the Playstation 4 when BloodBorne came out, and finally played The Last of Us Remastered.  But during this generation, I haven't really used the console as much compared to the Nintendo Wii U, until recently, when great games to masterpieces were released one after the other, including:

Other AAA exclusives that we can look forward to are Days Gone, Death Stranding, God of War 4, Spider Man, and The Last of Us Part 2.

Audiophiles, try to get either the Playstation 4 "Fat Version" (not the new Slim) as the Slim does NOT have optical audio out (?!??), which is a bizarre oversight.  Alternatively, the Playstation 4 Pro is a great choice with optical out, and I predict that it will be bundled with Horizon: Zero Dawn over the holidays to compete with the XBox Scorpio and the Nintendo Switch, so that may be a more cost-effective choice.

ADDENDUM 5/15/21 After extensively puzzling with all three companies, Artifact, Liberty and Wentworth, I found Artifact to be, hands-down, t... 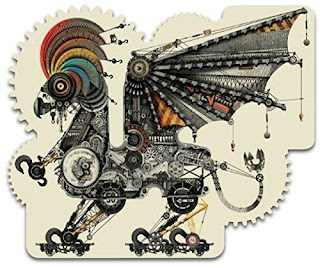